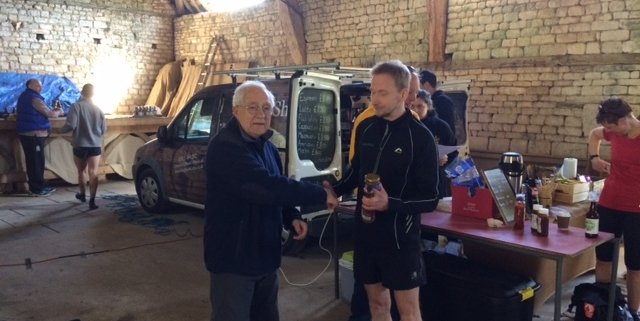 Paul Baker and Torsten Roesler recently headed to the hills like a young Butch Cassidy and the Sundance Kid. In the Costswold Hills they took on the Cleevewold 14. Their adventure was more successful in the end than the previously mentioned cowboy duo though. Paul Baker delivered a recap for us:

Torsten and I headed down to the Cotswolds hills above Cheltenham to take part in the Cleevewold 14. This is a beautiful but very hilly cross-country course that never seems to give up.
Torsten and I came in third and fourth respectively – helped in part by a lack of signage that caused a couple of the faster runners to miss the path (last seen heading in the direction of south wales).

Congrats on some great running guys! Torsten looked thrilled with his award. They may be further awards on the table behind him, or it might be red and brown sauce. Can’t quite tell. I hope Torsten enjoyed his BBQ Sauce Trophy! You can’t beat trophy presentations in a barn. 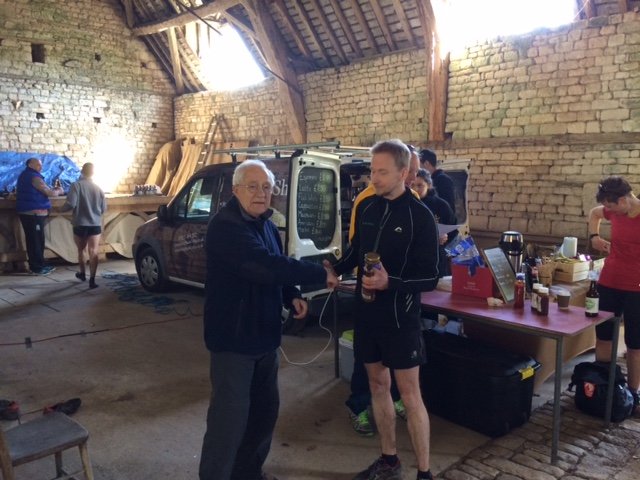