Three years ago K&D were approached by Helen Rowe about her daughter Imogen (Immie) from Knowle who wanted to join the club. We had to say sorry because she was 15 but gave advice about running, parkrun etc.
Imogen continued running and joined us last year as an adult. She is still only 18 and one of our youngest members. She is running London Marathon next month and raising money for Fight for Sight.

What makes Imogen’s running achievements and determination all the more remarkable is that she has overcome many obstacles in her way. Imogen’s parents were told she’d never walk as a baby due to dyspraxia, a condition that affects different aspects of her life, including mobility issues in her early years.

In October 2013, Imogen was diagnosed with Keratoconus. This is a deteriorating eye condition with no cure that causes the cornea to thin, resulting in distorted vision. Although it’s not a blinding disease and there are treatments available, it causes difficulties for Imogen including almost no vision in the right eye and limited vision in her left.

Here are links to much more info below including her blog about yesterday’s run:

She has been quietly plugging away raising her mileage and in recent weeks has been running with Geoff’s Sunday group of friends – and then adding on more. On the 19th they ran for 10 miles – and she then did another 8 alone.

Next Sunday (26th March) is a very big one for her – 20 miles before starting to taper.

If you wish to support Imogen’s training run by volunteering to run with her on Sunday 26th you can contact Imogen on https://twitter.com/icerowe or speak to Geoff Lewis.

Geoff has suggested he can plan a 20 mile route and sort volunteers prepared to run say 5 miles at 9.00, another 5 meeting at 9.45 ish somewhere around the route, then another 5 at about 10.30 and so on.

Should anyone from the club wish to donate or publicise Imogen’s efforts they can do so using the link: https://www.justgiving.com/fundraising/icerowe98

Good luck over the next few weeks Imogen from everyone at K&D. You’re an inspiration! 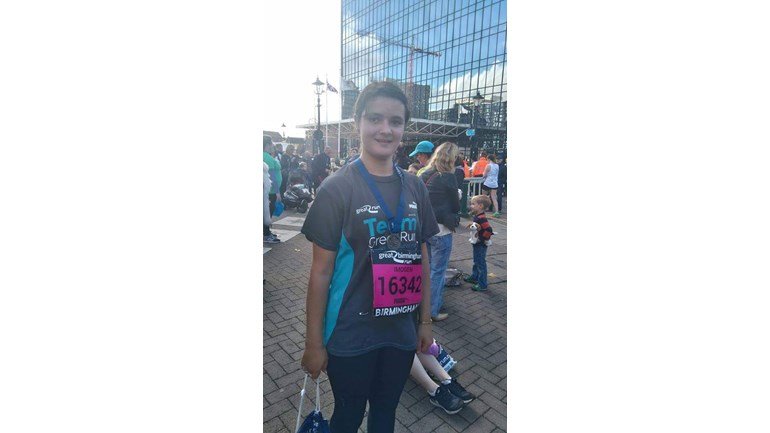 Weekend Recap: Monsal – Does Exactly What it Says on the Tin, Mixed Relay...
Scroll to top