In September 2016 Keith Whitehead became the first Knowle & Dorridge athlete to earn the honour of representing his nation while a member of our club. He has kindly summed up his adventures with GBR on his chest. Congratulations Keith on representing yourself, our club and country with such commitment. Keith also has the honour of being September’s Runner of the Month. Here are his thoughts on his own journey:

A Five Year Journey To a GB Place – Keith Whitehead

Five years ago I was “just” a runner – parkruns, charity 10ks, local fun runs and a few half marathons and trail races. But I’d never done a triathlon (or a marathon), couldn’t swim front crawl and had never owned a road bike or used cleats or drop handlebars. I’d never swum in a wet suit and knew nothing of bilateral breathing or sighting. And nothing about race nutrition. I didn’t belong to a running club or a triathlon club. Five years later and I’ve represented GB in my age group (60-64) in the European Championships for middle distance triathlon (half-ironman).

Those years sped by as I gradually built up from a pool-based sprint (1h 32m) to an open-water sprint (1h 42m) to Olympic (2h 59m!) to Olympic Plus (4h 28m) to Middle Distance (a disappointing 7h 11m), improving my skills along the way. Longer distances seemed to suit me and I just wanted to find out what I was capable of.

In August 2015, I tried another middle distance race (the Cotswold 113), determined to get it right, and I just had one of those days when everything goes perfectly. All three elements are still PBs and I finished in 5h 50m when 6h 30m would have satisfied me. I knew nothing of GB qualification but a friend suggested I investigate. I was well within the standard and decided I should grab the opportunity as it might never happen again. I’m very proud of my named GB kit!

So to Austria last week. Fabulous representation by GB with 260+ athletes encouraging each other as we went. A decent 1.2m swim in 47 mins (43 secs away from a PB) was followed by a tough 56-mile ride with some long ascents and scary downhills that I managed in 3h 26m – 7 mins faster than a less hilly course at Ragley Hall earlier this year. I targeted 2 hours for the run – a half-marathon around the beautiful lake in Walchsee that we swam in earlier) – and lap 1 of four was spot on target at half an hour. Then the hot conditions started to take their toll and I gradually got slower, running 2h 17m and finishing in 6h 38m – not a great time but a wonderful experience.

Triathlon – a wonderful way of keeping training fresh and varied and not putting too much strain on specific body parts. And endless kit to continuously upgrade! Lessons I’ve learned: 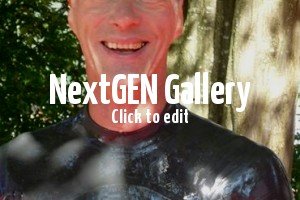 Weekend Recap: Swede Dreams, Great North Fun and a Cameo from the Mayor

An Ultra, A Baker, A Clif 10 Peaks Racer
Scroll to top