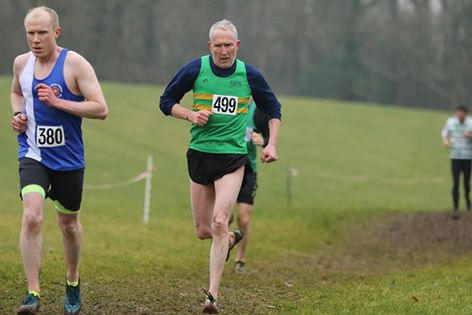 And so we can finally breath easily in the knowledge that we have avoided relegation from the 1st division and get another bite of the cherry next season. In the dual with Kenilworth and Cannock & Staffs we were not able to beat hosts Kenilworth but were in the end able to get the better of Cannock & Staffs and in the end ‘relatively’ comfortably. An outstanding effort to cap a very good season – our first in the top division. All in all no mean feat!
To recap we have been able to put out around 20 athletes in all 4 of the races and this has included some new faces that we hope will be around for some years to come. The A team finished in 13th position out of 16 teams and the B team in an equally impressive 7th.
Special mentions to :-
Joe Read – our first counter in all 4 races culminating in a 35th place yesterday
Pat Moss – A team scorer in all 4 races in his second season with the club
Dan Rebeiro & Gareth Wainwright – A team scorers in their first season with the club
Mark Amyes – competed in every cross country race available (league and non-league)
Chris Thorley – some strong performances in his debut season
The guys who have helped with volunteering – Chris Quarmby, Steve Evans, Pete Austin, Russell Davies and of course Funnel Steward extraordinaire Richard Dixon 🙂
Some great photos to trawl through on Tim Nunans Facebook page  Photo’s by Tim Nunan
Full Results:
Birmingham XC League Race 4 Results
Its been a great season and the willingness of so many to take part or volunteer has made my job pretty easy but nonetheless very enjoyable and the overall result is extremely satisfying and a reward for the consistent high performance and strength in depth that the club now has. The standards of the runners in this club has really stepped up a few notches, there are lots of members training very hard and reaping the rewards – long may it continue!
Cheers
Tim
13 February 2017/by kdrunningclub@gmail.com
https://knowleanddorridgerc.co.uk/wp-content/uploads/2017/02/IV.jpg 315 472 kdrunningclub@gmail.com https://knowleanddorridgerc.co.uk/wp-content/uploads/2020/08/2-1.png kdrunningclub@gmail.com2017-02-13 10:50:202020-06-10 00:07:22Men’s XC Fixture 4 Captain’s Report: Staying Up