Lads on Tour. K&D’s men took on the very best in the country at the 129th running of the Saucony English National XC Championships this weekend. Woollaton Hall in Nottingham played host to 8000 runners in all age groups while K&D’s Men took on 2000 other XC runners from clubs up and down the country, from Morpeth to Torbay. The team finished a fantastic 63rd out of 131 teams. 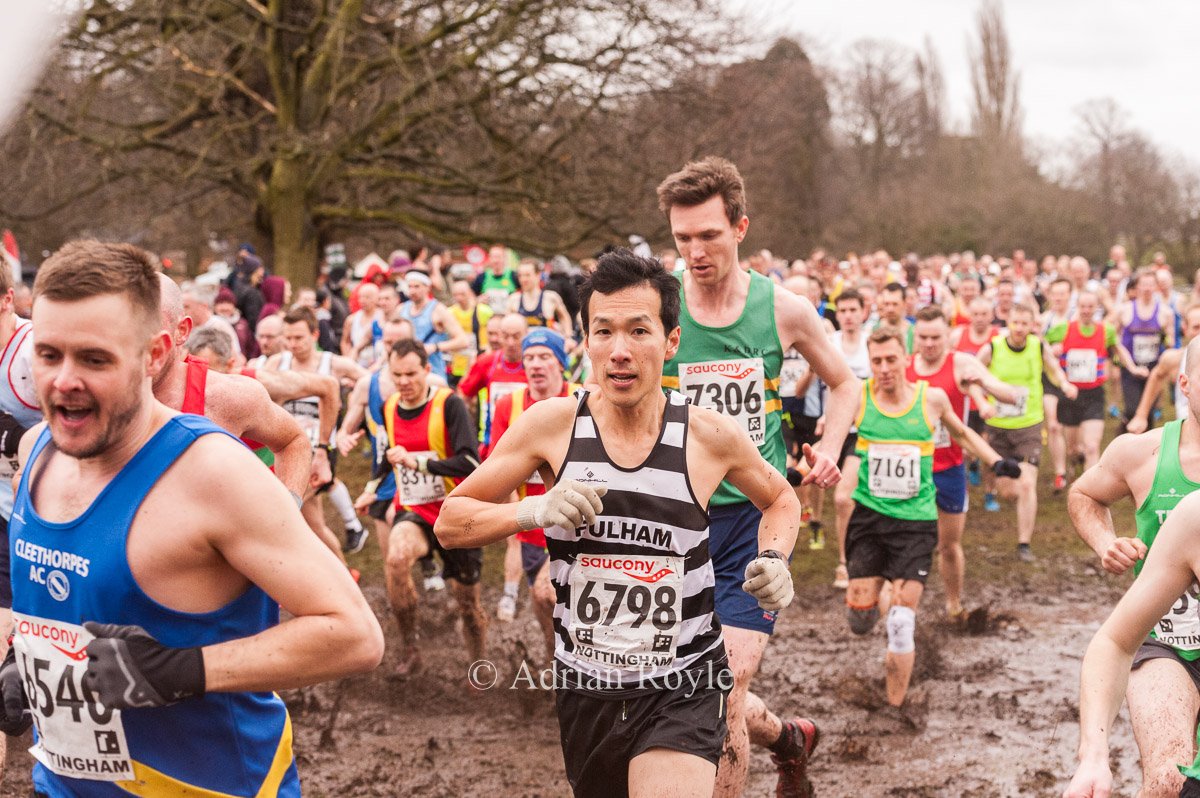 The National is THE defining Club Race and something every club runner of any standard should experience at least once.

Individual Results over the hilly and boggy 12k course were as follows:

The performance of Joe Read was outstanding. Both Joe and Daniel capped off excellent winter seasons over the country and should go from strength to strength going into the road season. Tim Price had a mixed XC season due to injury but came back strong at The National. Darren John was nixed badly by his occasional stomach issues between 8-12k but held on while Carbutt and Austin held their positions, contributing to a fantastic team performance. Massive congratulations to Chris Revell too who borrowed spikes and ran his first ever XC race. In at the deep end.

Despite a small team the lads performed admirably; even braving a horrible downpour in the half hour before the race began.

Thanks to Chris Morgan who drove to Nottingham to support; assistant coach for the day and he’ll no doubt be supplying us with many more pictures. The National is one of those races that makes all those dark nights running around Knowle worth it! 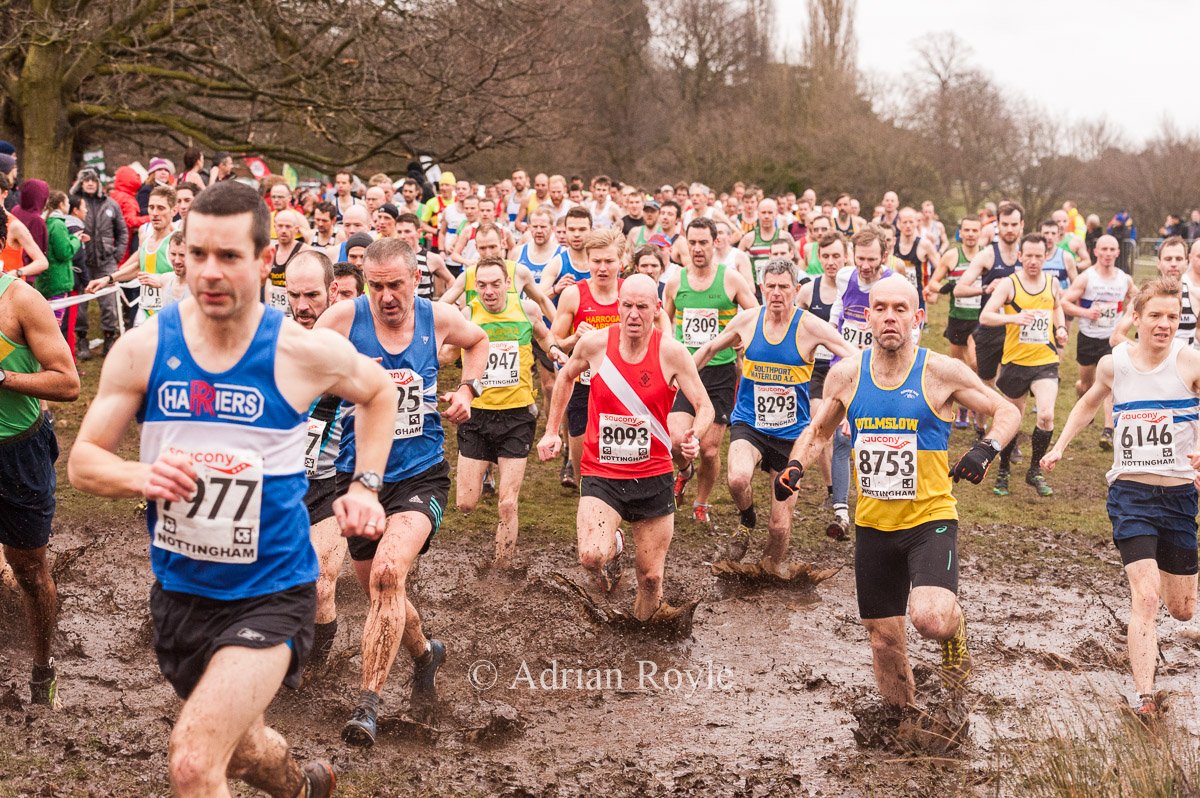