The greatest footrace in England Darren had dubbed it before the big day. It lived up to the claim in every way. The English National Cross Country Championships returned to their spiritual home, Parliament Hill in London, for the 16th time since 1950. Following in the footsteps of England’s legends of running past were 5 of K&D’s men. 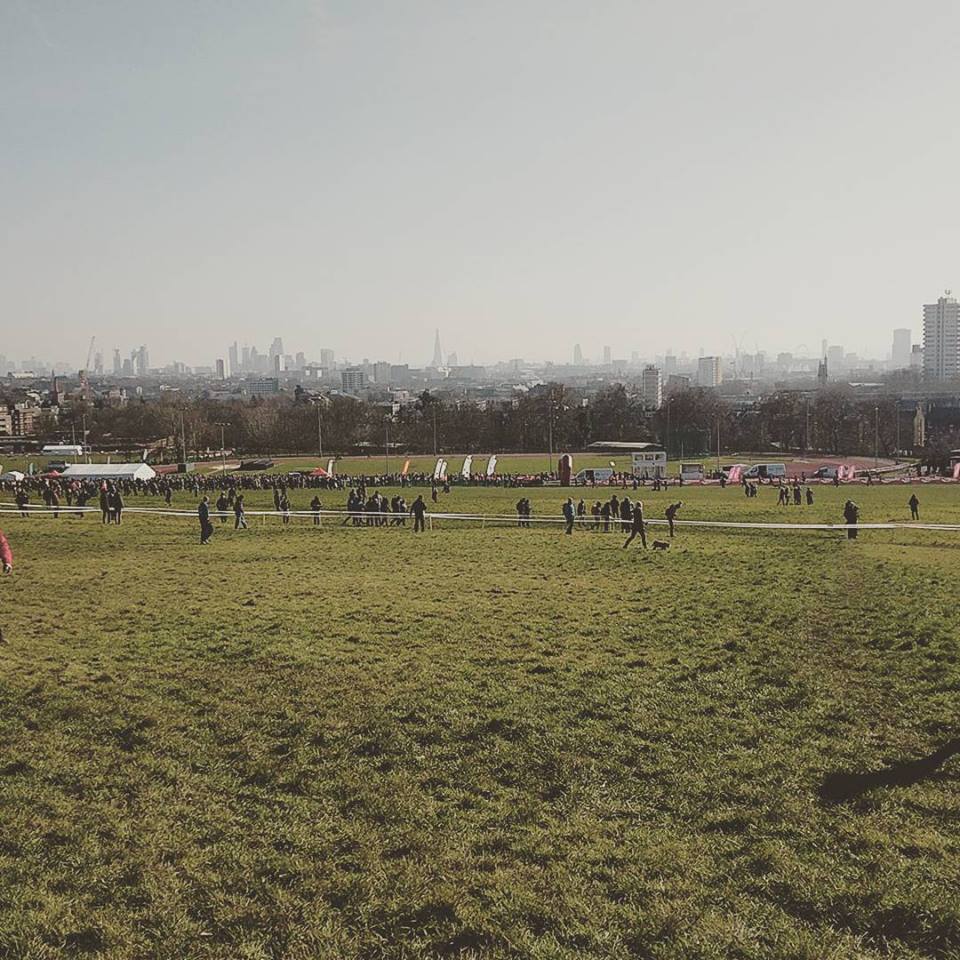 Meeting at the top of the hill K&D adopted two Centurions who looked scared and discombobulated by the big smoke and it’s citizens who seem to be in a rush to get everywhere.

Parliament Hill is gruelling. Massive hills peppered with smaller mounds that sap your recovery, sludgey mud churned up by 7000+ runners over the day and 12km of glorious pastoral goodness with a view over London’s skyline. Perfect.

Jack Bristow took the honours of first man home. Taking advantage of the famous bottleneck as 2500 men charge into the first corner he skipped between runners to put a lead on second K&D man Darren John and never came back. 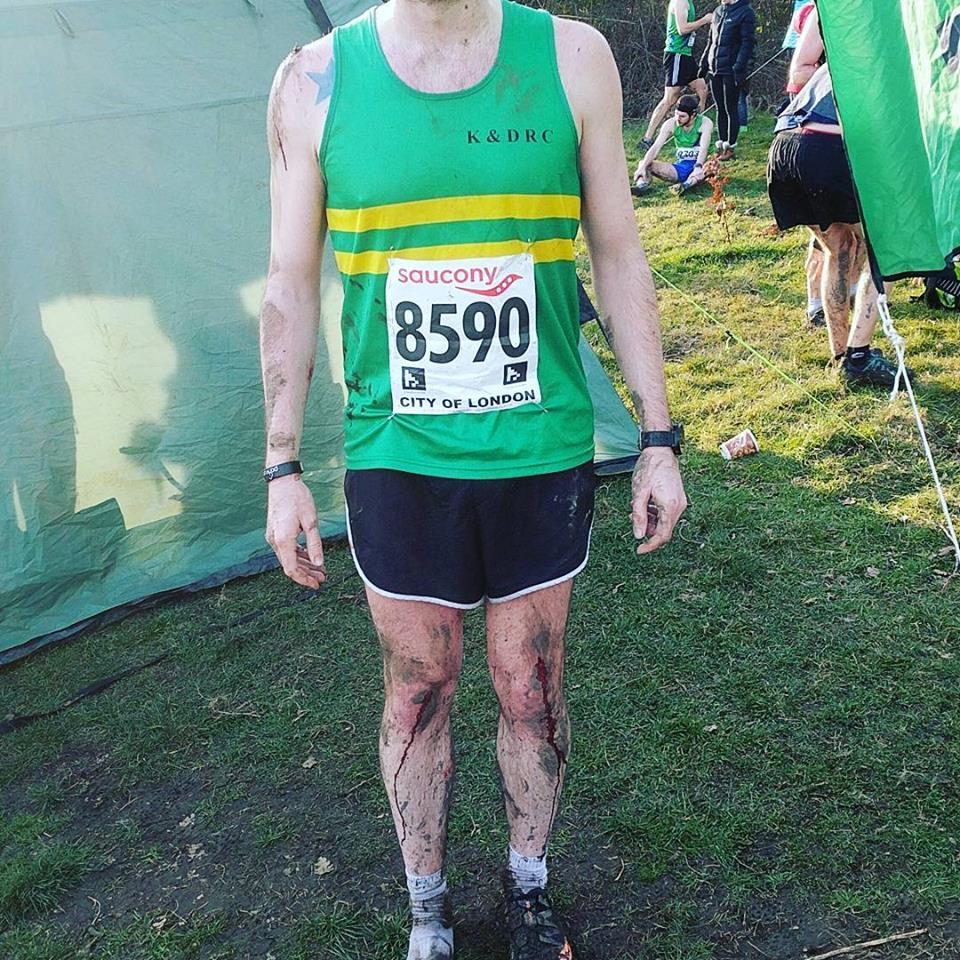 Jack finished in a superb 569th on his National debut.  Darren John had an eventful run. 100 meters behind Jack at 7km he eyed his chance before attacking…. only to hit a mud covered tree route and take a massive splat. To the wincing Ooooh’s of the crowd. Bleeding, dazed and winded he then managed to lose his shoe at 10km. Before finishing 659th – 78 places higher than last year despite his mishaps.

Finishing 1535th was Greg Turner, who luxuriously treated himself to a weekend away in London to prepare for his National Debut. Greg benefited from a brilliant cross country season and his recent parkrun pb’s show the value of getting stuck in.

K&D’s men were rounded out by Max Gimson in 1644th and Phil Lindsay in 2031st. Both men were also experiencing The National for the first time and despite the incredible number of top class runners realised that the beauty of The National is that it is for club runners of every ability. Mid-pack and surrounded by runners the entire way both men had superb National debuts and set excellent markers for the future.

If you worried about doing The National because you aren’t an England International we hope our adventures have encouraged you to run it next year. It is one of the ultimate bucket list races in running in this country and an experience that you’ll look back on fondly for many, many years to come. In Chairman Darren’s words…