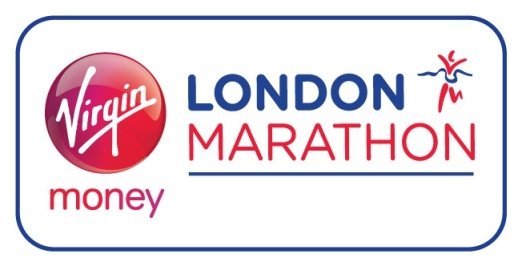 Peter Little has kindly given us the lowdown on his London Marathon experiences:

It was with some trepidation that I entered the start pen.

I was not in the best shape – I was carrying a persistent injury to my right ankle and had a dodgy right knee which had materialised during a recent run on the Malvern Hills. No matter, I planned an even-paced run and my “good” left leg would have to work harder to compensate for my right leg.
By a happy coincidence, in the pen I was alongside a Runners’ World pacemaker who was intending to run an even pace for a 3:45 finish.
Perfect for me I thought and a small group of us set off with him in virtually ideal weather conditions.
The pace-setting was excellent and I was feeling good as we passed the half-way mark.
I was beginning to have thoughts of coffee and chocolate cake with my wife Alison who would be waiting for me in the National Gallery cafe in Trafalgar Square.
BUT this was to be a marathon of “two halves!”
As we were approaching the 14-mile mark I tripped as a runner cut across  me to greet a supporter. I fell headlong hitting the road with my dodgy knee and twisted my “good” ankle.
Cursing my bad luck I was hoisted upright by a very kind and concerned couple of runners who saw me safely to the side of the road. Contemplating the 14-mile marker and ,at best, a12-mile hobble to the finish, amid shouts of “c’mon mate – you can do it!” I reviewed my options. Simple really – the cake won!
Tentatively I started “jogging” to gauge the effect on my newly-injured ankle.
It hurt like hell but I was pretty sure nothing was broken. Gradually, the pain became more manageable allowing me to up the pace a bit. The remaining miles seemed interminable but the slow steady pace was doing the trick. As I turned up the Mall to the finish I was (stupidly) regretting not having moved more quickly – I was going to finish a couple of minutes over 4 hours!
Reality kicked in and thoughts turned agin to coffee and cake.
All I needed to do was receive my medal, goody bag & retrieve my bag from the appropriate lorry, continue through Marble Arch to trafalgar Square and bliss.
Easier said than done – my body had other plans. I was exhausted and my ankle had become very swollen making progress up the Mall a real struggle. The medal was great but gosh they don’t get any lighter, but nothing compared to the goody bag which felt as heavy as a week’s groceries.
By the time I finally collected my belongings- bag I needed to sit down so I did.
Once I was down cramp set in and I needed to get up. I couldn’t;  because my ankle couldn’t take the weight. Unknown to me this charade had been observed by a duty St.John Ambulance medic who arrived with a wheelchair and took me back to his colleagues for a medical assessment.
Plainly the only real concern was my ankle. On removing my sock, the duty doctor was rather taken aback, as was I. The distinct impression was that my ankle had been replaced (in colour and shape) by a large (painful) pomegranate.
As the  diagnosis was a possible fracture an ambulance was assigned to take me to the trauma unit at St.Mary’s Hospital in Paddington.
Meanwhile Alison had been contacted and joined me as the ambulance arrived. All loaded, off we went. Progress was initially very slow through the crowds and traffic. This necessitated the driver switching on the flashing blue lights and siren giving us the fastest and most exciting journey we’ve ever had through central London.
I must say that the St. John Ambulance and St. Mary medics were great – very cool, efficient, great expertise and a wicked sense of humour!
The ensuing X-ray confirmed that there was no fracture and loads of ice and rest were prescribed. Remarkably, in the days since it happened the healing and reduction in swelling has been quite significant.

The consensus was that I shouldn’t have been contemplate starting a trail marathon which I have entered……but then I might just give it a go!