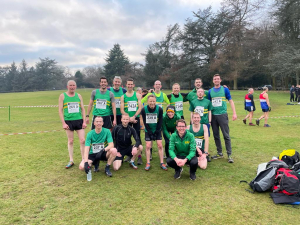 Both the Men’s and Ladies teams were in action this weekend, and up first Men’s Captain Chris Sharp reports on the Birmingham & District League race: It was great to see 16 men turn out for the green and gold at Warley Wood yesterday! A few mince pies, bouts of covid and some injuries meant we were a little below par but we had fun zig zagging through the mud all the same. A fantastic debut from Chris Ashford led the team home, closely followed by Nick Woolley and Chris Sharp. Rounding off the A team was Chris Thorley (another strong performance), Torsten Roesler and Dave Carbutt. The B team packed really well with Paul Baker, Rob Mundy, Tim Price and Greg Turner being separated by just 12 places! The team was rounded off by Ed Bower and Paul Bentley. It was also great to see a battle for bragging rights in the Connors household with Billy Connors running a fantastic debut to meet his old man by some distance 😉

A big shout also goes to the ever present Ian Voaden and Pete Austin for joining the team yesterday.  We have one race remaining in the league at Leamington on 19th February and it will be great to have as many of us there to tackle the hill and ditch as possible. All the best, Sharpy. 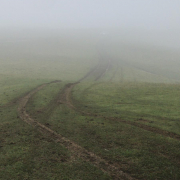 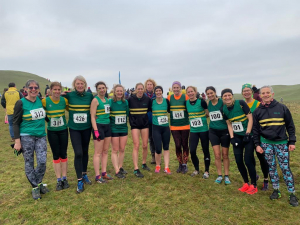 Meanwhile, over in a very foggy Warwickshire, 13 K&D ladies took on the what is probably the hilliest part of the county on a winding route around Burton Dassett country park. Jane Evans led the team home, coming a superb 16th overall and 2nd Master. Next in for K&D were Jess Woolley and Amanda O’Leary, both also finishing in the top 100 in an incredibly fast field. Full results for the ladies appear in the table below, and a reminder that the ladies also have just one race remaining in the league on the 19th of February, and it would be great to see as many of you as possible out there!

Fewer parkrunners than normal this week, possibly due to people saving themselves for the XC races later that day! Just one PB to report this week – well done to Tanya Cronin for yet another PB time at Brueton this week. Full results for all K&D members appear int he table below. If your name is not included, please check that you’ve added K&D as your Running Club to your parkrun profile