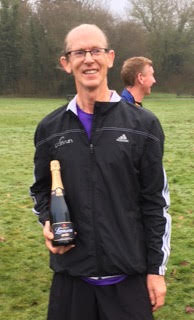 Brueton parkrun: A special day at Brueton as three stalwarts celebrated their 250th’s. Our very own Steve Armstrong celebrated 250 parkruns. Steve ran 21:54. 245 of his parkruns have been at Brueton; consistency is king!

It was a wonderful day at Brueton as local icon Margaret Smith also hit 250 parkruns and John Cooper racked up an astonishing 250 volunteers – despite never running one!

Congratulations to Sally Anderson too who made it 100 parkruns.

Gareth Wainwright was first K&Der across the line in 17:17 and chased down by Jack Bristow running a course PB in 17:25 and Chris Morgan in 17:36.

Our ladies were led by a Jingly Elf Jane Evans who’s bells musically made their way round the course in 18:53. Which explains how Santa gets so many presents delivered in one night. Jane Hunt ran 23:08 to finish behind Jane. 23:56 was quick enough for Mary who used a buggy rather than a donkey to take her little one round the course. Much quicker.

Closer to Santa’s HQ friend of the club Riina Kuuselo ran a swift 21:43. Quick enough to get a job as a Santa’s reindeer trainer.