Here is all your weekends non-WRRL related red-hot action:

With an injury hit build up and late fitness tests leaving his participation in doubt right up until the pre-race period Chris Sharp turned difficulties into longer-term positives with a brave, brave run in Boston. Chris attacked the first half of the race in 1:20:31 and despite a difficult second half still managed a sub-3 run. Finishing in 2:58:44. While he’ll no doubt feel mixed emotions in the immediate aftermath to run sub-3 in such trying circumstances show’s his qualities as a runner.  Hopefully the Sharp’s enjoy the rest of their time in Boston and congrats on racing one of the most storied races in running.

Take some time to rest the legs and recover and the show pony legs will be back up to full speed soon enough! Success in a marathon isn’t always measured in finish time alone. Success can be found in the journey and overcoming obstacles and Chris showed that in bucket loads.

You have to feel a bit for the poor woman who previously held the Lydney parkrun female course record. Jane Evans turned up on Saturday and was in the mood for breaking records. Bettering the previous course best by a woman by one minute and seventeen seconds Jane Evans took the course record down in fine fashion. Jane ran 18:01. and finished 2nd overall at Lydney. The only runner in front of her had to run a massive PB just to nudge ahead.

We await a letter from their organisers asking us to provide substantial notice/warning next time Jane plans to run Lydney. Congrats on your record breaking run! 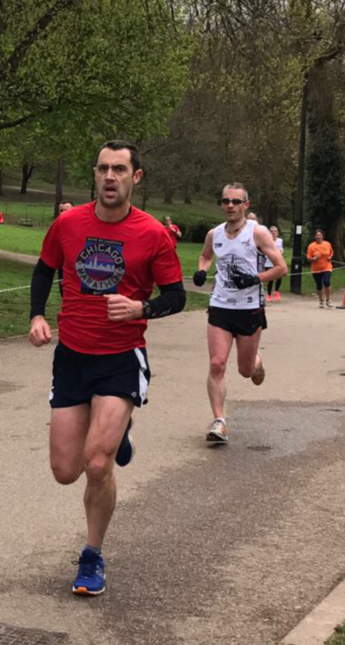 Tim Price dished out a dose of K&D Oomph to South Wales by collecting token number 1 at Pontypool parkrun. Tim took it to the locals in fine fashion running 17:42. That’s the 27th fastest time ever ran at Pontypool parkrun. Imagine how quick he’d go if he wasn’t on his holidays. Great effort TP!

With many of our club prepping for London it was time for some others to enjoy the limelight. That spotlight fell on Richard Dixon this week who was first home for K&D in 18:30. On the dot. In second was Rob Houlston who stopped the click at 19:23. Russell Davies rounded out the men’s top-3 in 19:27.

Louise Marklew was our first lady this week in 23:31. Louise took the honour just in front of Sarah Cattell who ran 24:13 this week. Claire Maggs, celebrating her 100th parkrun was suitably rewarded with a 27:00 run and a third K&D lady finish.

Congrats to Claire on her parkrun commitment. At the other end of the spectrum Jane Can’t showed she was Jane Can by taking part in her first ever parkrun. Expect this pun to be made with depressing frequency over the summer. Well done Jane. Congrats to Rebecca Blunt too who also ran her first parkrun. (I’m delighted by the influx of pun-worthy surnames!)

There were excellent PB’s this week for Edward Long (19:42) and Gary Welsh (20:36). Gary doubled up the celebrations by also joining the 50 club. Congrats! 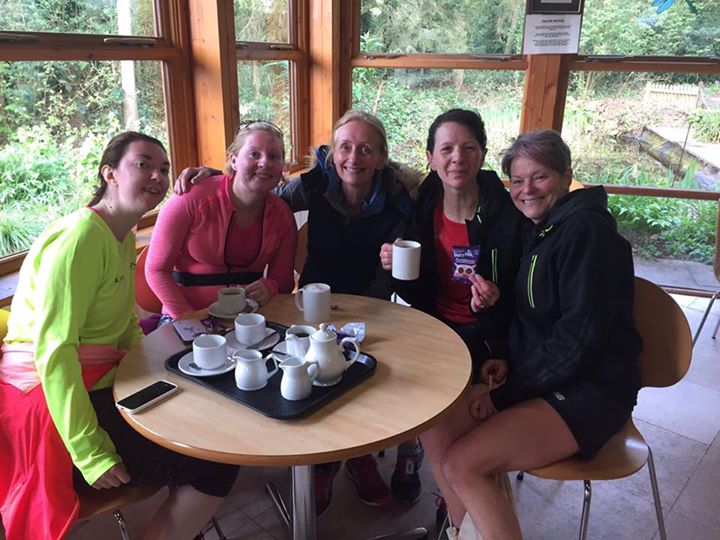 A barnstorming run in Barnstaple for the excellently named Frank Baddick from Newham & Essex Beagles in 15:15. Andy Hawkins of K&D ran slower but probably got bullied less at school in 23:22.

New chairman Darren John, Kate Marsh and Rob Stewart were lured by friends to Cannon Hill with the promise of coffee and cake after. Darren finished 8th overall in 17:33 while Rob ran 25:56 and Kate clocked 26:49 as all three warmed up for the Massey Tractor 10k.

In Pete Makepeace’s own words…


Great to take you back to what it feels like at an even you don’t know as well as we all know Brueton. Mine saw me compete a different event to the one I set off to go to, pay a toll to enter and again to exit, cross into a different country to go home, sprint 1km to the start line (with 30 seconds of the briefing to spare)… but happily it was still a parkrun… and fun!

Pete ran 21:19 and is now banned from organising any club convoys for the men’s team!

Tomoko Jardine enjoyed a leisurely morning’s run at Penrose in 45:51.

Newcastle West only had 35 runners and Siobhan Cotter and Alan Marshall took full advantage to finish with two top-15 placings (they all count!). Siobhan ran 24:16 while Alan finished in 27:38.