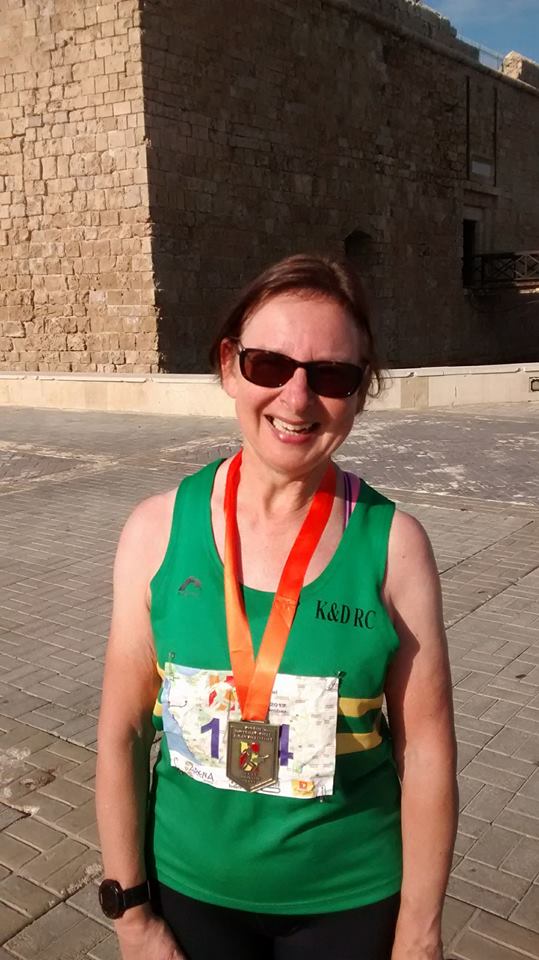 Well done to Linda Whitehead who made the most of a little warm weather training/racing during the sub-zero UK temperatures. Linda completed the 4-day Cyprus Challenge – 6k time trial, 11k uphill trail, half-marathon (trail) and finally a 10k road race. Not bad and she even got to wear a vest without the risk of hypothermia.

The parkrun crew were treated to a light smattering fluttering white stuff at 9am as snow made it’s apperance. It was finger chillingly cold and none of us are bitter about Linda’s tan. Nope. Definitely not.

You could have thrown a blanket over the first three K&D as Gareth Wainwright, Jack Bristow and Darren John ran 17:21, 17:31 and 17:40. A blanket would have been much cosier than short sleeves.

Jane Evans now sits on 48 first finishers for the women. Only 2 behind the overall record of 50 held by the men’s Peter Brookes (Tipton). Jane was first woman in 18:26. Monica Green in 21:36 took second and Jane Hunt was third in 24:13 (Jane Hunt – Chairman Darren still has your WRRL trophy by the way!).

Paul WInwood ran another excellent PB of 23:29 on his 96th parkrun. Jane Cant also PB’d with a 28:00 on the nose! Jack Bristow ran a 17:31 for a Brueton PB (although his overall PB set elsewhere is quicker – still he’s going great).

A short jaunt for Anna Gay who clocked 27:11 at the local Birmingham parkrun rendesvous point in Edgebaston.

Congrats to Gary Wickett who completed challenge 50 of 52 at the charmingly named Suicide Six. Sounds suitably sedate for a Sunday.