Three K&D’s enjoyed an end of season knees up at Mo Run. Donning silly ‘tashes for a 10k round Sutton park. Farmer Phil, Rob Stewart and Kate Marsh got to run round in the wake of Jodie Stimpson (Commonwealth Games Gold in Triathlon) who rocked up unannounced for a legshaker. 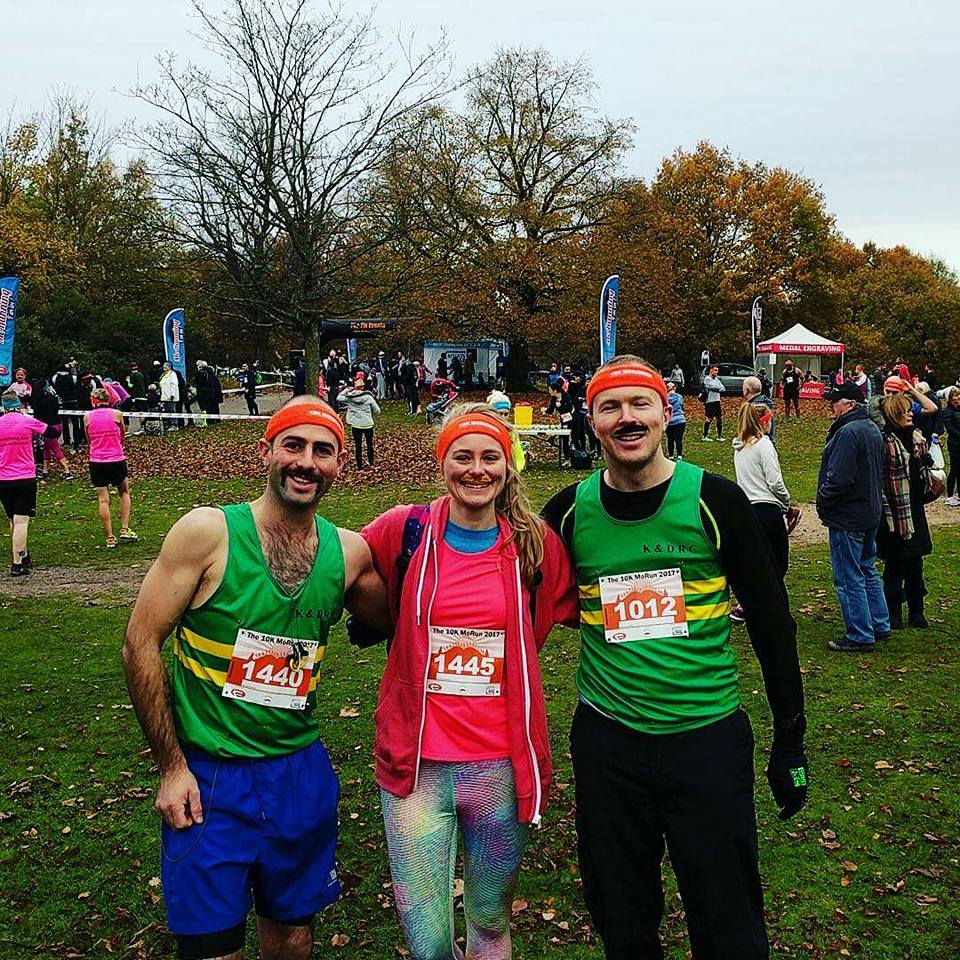 A historically fast parkrun at Brueton as Doug Musson (Helix Sports Employee/Notts AC) rocked up and scorched round in an astonishing 14:53. Doug is a top-10 UK steeplechasher/Top 30 ranked 5000m runner. A bit quick in other words.

Gareth Wainwright took it in good humour and put up a brave fight behind Musson in 17:36 finishing 2nd overall. Ricky Stewart broke 18 in a great new PB running 17:58 to join the K&D sub-18 club. Paul Bentley ran 18:50 to show the benefits of his Tuesday night sessions with the fast lot on a Tuesday night with Coach Colin.

Mary Heald ran 21:40 over the 5k to lead our ladies on Saturday. Claire Maggs ran 25:52 to take the second podium spot followed by Elizabeth Williams in 26:39 – A new PB!

Nothing to do with the sausages. Richmond parkrun saw Sarah Nolan run 28:56 this weekend.

Regular contributor Ian Maidment was spotted in the Cathedral city of Coventry on Saturday. Ian ran 25:59.

Ann Spencer-Dowdeswell escaped across the border into Wales for a 29:56 run around lovely Swansea bay.

Greg Turner was one of 188 runers in Worcester as he narrowly missed out on another sub-20. Running agonisingly close with 20:03.