Be gone you foul running tights. This is shorts weather! With the weekend hitting Ibiza like temperatures the racing was equally sizzling.

In between checking in at multiple purveyors of wine, prosecco and bar-based food stuffs our ladies took themselves to the beautiful surroundings of County Donegal and Dungloe parkrun.

Their green and gold vests were very welcome in the Emerald Isle. A coincidental yet fitting colour scheme. Be in no doubt though… in between the fun and frolicking there was (some) serious business at hand. 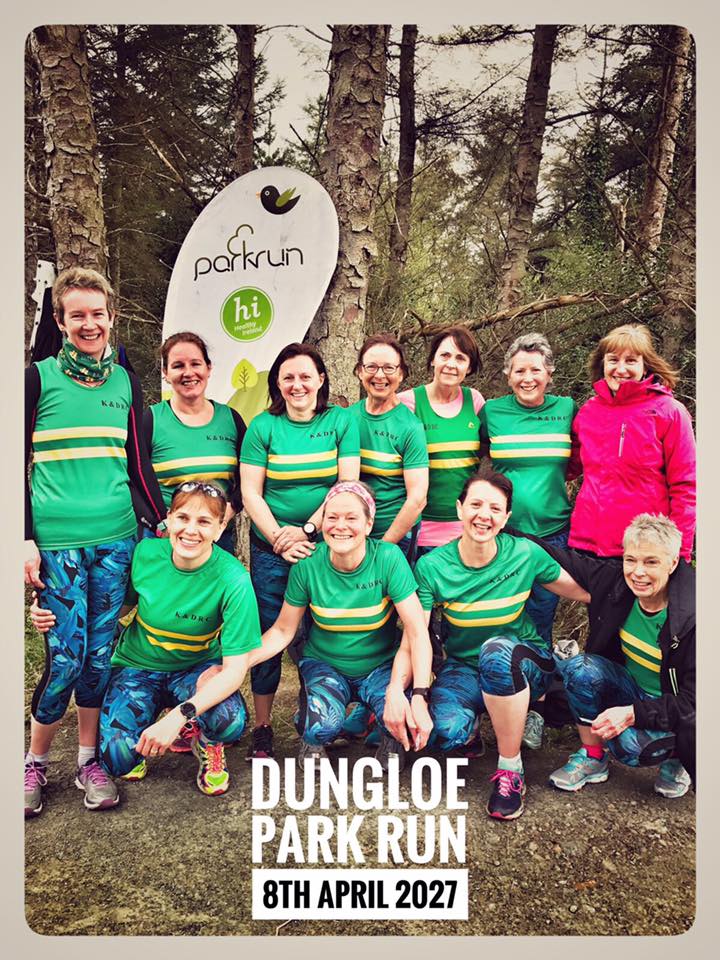 Closer to home two of our club members took in an early 10k. With a small field assembled Flick Sharp and Adam O’nions enjoyed the mostly flat surrounds of Cannon Hill park.

A good warm up for the imminent racing season!

With committee retiree’s Mr. Bentley and Morgan declining to scan their barcodes, despite finishing second and third, the mass of K&D Runners behind them were left to pick up the honours. It was great to see so many in green and gold at the first glimpse of sun! So officially the first three behind Bentley and Morgan were a London-Marathon bound Tim Price, looking strong as an Ox in 17:34. A fatigued post-manchester Darren John in 17:55 and smooth, back under-18 minutes Jane Evans. Mixing it on behalf of the ladies in 17:57.

Also showing a clean pair of running-shoe based heels was Jane Hunt who trimmed another chunk off her PB. She was second lady in 22:12. Elaine Callinan only missed her PB by a second in running 22:38. Competitive.

Also going faster than ever before were Paul Winwood, who showed that sensible recovery from injury pays dividends. He PB’d in 24:29. That’s a 16 second improvement. Edward Long also PB’d in a swift 19:47. His first time under 20:00.

Ian Maidment put in some pre-Sphinx 5 practice at Coventry War Memorial park. His parkrun there took him 24:45.