An invasion they’re calling it. They haven’t seen such a force in Tissington since the English Civil War. The masses of K&D poured into Tissington this weekend. In their clan’s green and gold the troops donned a set of leggings that could have blinded opposition archers from 500 yards.  In psychedelic zebra print they ran; a herd of Zebra is called a Dazzle appropriately enough.

Among many of the brilliant performances were the likes of Jo Tork, Amanda Marklew, and Paul Jeffrey, all of whom ran their first ever half-marathons.

A brilliant representation of team-work and achievement all round. 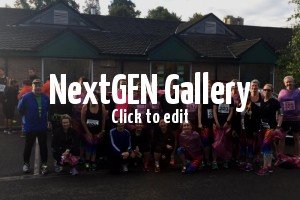 Being a weekend of course we could find Emma Donnelly out running somewhere in the country. This time it was the Seco Alcester 10k and she clocked a swift 45:51. Clare Carmen also ran and finished in 54:41.

Go marching two, by two hurrah… Two male K&D runners represented at the Tamworth 10k. Chris Revell was first across the line in a swift sub-40 clocking of 39:44. Chris’ hardwork resulted in his first ever sub-40 clocking. Always a massive barrier for 10k; he is now a proud member of the sub-40 club! Richard Drakeley followed soon thereafter in 50:06.

While half the club went on a trail running adventure twenty-five that stayed at home were spotted in slightly less flourescent tights at Brueton.

Keen not to let the amazing achievements at Tissington get all the spotlight the following ran PB’s:

That’s almost a quarter of runners getting PB’s. Absurd.

Darren John continued his comeback from injury by running his 100th parkrun. Gareth Wainwright ran 17:03 (only 3 seconds off his PB) for first male. Followed swiftly by Steve McDonald and Paul Williams.

Kathy Bailey was first lady in 23:20, followed by Kay Adenipekun and Kate Marsh.

Anthony Dutton continued his tour of parkrun cafe’s and cakeshops by dropping in at Leamington. He ran 20:21.

Imogen Rowe, one of our newest members, pitched up in Oxford for a bit of tourism. She ran 28:27.

Over at Birmingham University Bud’s Run took place again to honour a mainstay of British Athletics, a much-loved coach and raise valuable money for Parkinson’s UK.

The Connors, Andrew and Sarah ran the 5k charity event. Andrew took family bragging rights in 20:52. Sarah, who ran Tissington Half the day before ran 36:32 to loosen her legs. Sarah wins by default though for being much tougher than Andrew and running two events in two days.