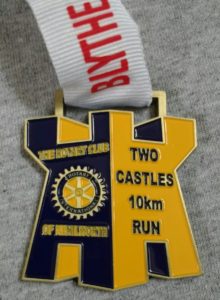 Warwickshire Road Race League. With several thousand competitors including the general public Two Castles can often be a logistical challenge; especially as the start is particularly narrow; those medieval architects and builders presumably didn’t consider the implications of their work on runners almost one thousand years later.

The race itself is a tough net-uphill course with 80m elevation and several tough hills including a long drag uphill between 3.5 – 5.5km. “its not a PB course” being a popular refrain in the buildup. As a run of thumb 10k performances tend to be about sixty seconds slower on the Two Castles course vs. a flat course.  Results can be found here: Two Castles Results

PB’s According to Run Britain Rankings for: 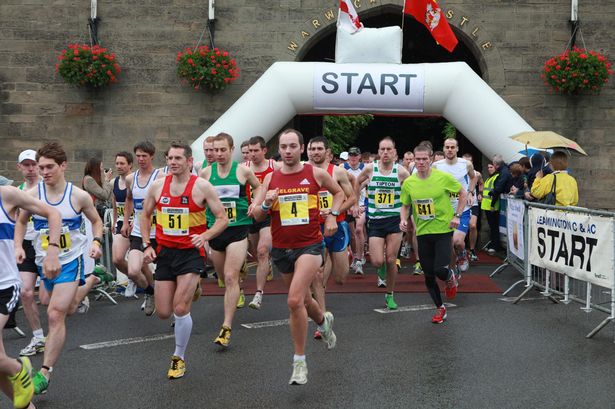 21 of our team turned up for the weekly 9am showdown in Brueton park – 20 finishing the run. I managed my first ever parkrun DNF! (As an excuse I was dealing with my sister having an epileptic fit. I at least managed to stop my Garmin before catching her to ensure my splits were accurate for the 4.4 km)

Jo Tork epitomised what it means to be a member of K&D by offering wonderful support while my sister was ill. Thank you to her for that; as well as the numerous parkrunners who stopped to help, diverted to give my sister space and checked up on her during and after. And also to all the K&D members that checked up on her well being the following days.

As for the run itself Gareth Wainwright continued his excellent run of form with yet another low 17 minute clocking and another first finish. Russell Davies and Andrew Connors battled it out for second and third K&D runners home respectively with 20:02 and 20:14 clockings.

Louise Willetts was first lady home for Team K&D in a pb of 24:40. Sarah Cattell was second home in 25:19, while Caroline Edwards clocked 28:03, another PB performance, to be third lady home.

And ensuring that the PB board isn’t entirely dominated by the ladies, Mike Durkin kept things respectable for the guys by running a PB on his 50th parkrun. 20:47 being a great way to celebrate!