With sub-zero temperatures continuing to put the chill on parkrun Saturday it was left to the improve skills of Brueton’s organising team to put together an impromptu cross-country for the second week running.

As such times are all out of the window. Your 1-2-3 were Gareth Wainwright, Jane Evans and Anthony Dutton.

Third male was Ian Naisbitt, while second and third ladies were Kathy Bailey and Sarah Cattell. No PB’s but if you enjoyed the XC Hijinks remember that the last league fixture in the XC season is fast approaching. Men and Women are both at Warwick Uni; the bigger the numbers the better.

Nobody joined any new parkrun clubs this week either. Quiet.

Ian Maidment got a solid run in on Coventry’s course finishing in 25:08.

Tricky Dicky, Mr. Richard Dixon took himself off to the Royal Spa town of Leamington as he continued his comeback from injury: 19:41 was his lucky number this week.

Telford. It’s never as close as you think it is. You’re probably mixing it up with Tamworth.  John Garside skated round  Telford parkrun in 22:55.

Jenny Owen travelled much closer to the equator in search of less icy paths; she chose well at Southwark in London. A 26:20 clocking was her reward. 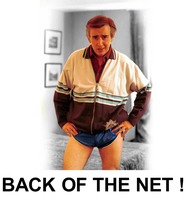 Aha! North Norfolk FM’s finest radio DJ is fond of a pair of short running shorts. Back of the net! Knowing Me Alan Partridge, Knowing You Chris Quarmby. 25:58.

“Tough one! I’d have to say The Best of the Beatles.”

Riina Kuuselo ran 21:16 in Sweden. While being chased by an Elk.