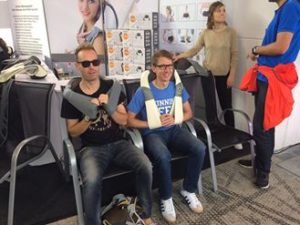 on Bentley and Torsten Roesler took part in the fast and flat Berlin Marathon this weekend. No idea what is happening here but just look at the fear in Chris’ eyes…

Baljit Chohan also appeared in Germany according to the official results. 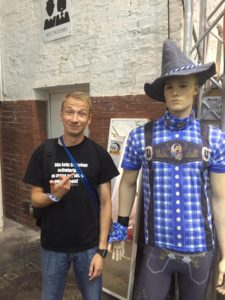 Simon Bentley hit 30k in 2:04 however did not finish; we hope he was taking the sensible option and it isn’t anything too painful. Get a couple of early Oktoberfest beers down you captain, we’ll call them medicinal.

Here is Torsten introducing the guys to his big brother.

Continuing our recent trend of the K&D members going a bit wild is news of Phil Elwell doing the Ben Nevis Ultra – 40 miles round Ben Nevis in 7:39 ; 2nd year he has done this race. Because 40 miles isn’t hard enough, you might as well throw a mountain in there too.

Our resident Forest Fan James Taylor saluted the Trent with a solid 1:37:15 in the Robin Hood Hald, which also acted this year as the British Athletics Half Marathon Championships. Emma Donnelly ran 1:45:24 as the solo lady entrant from our club. Well done to both for being our highest placed (we’ll ignore the bit about them being the only two) entrants in the British Championship. 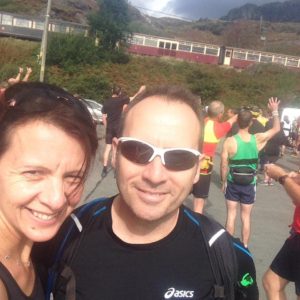 Maggs #1 and Maggs #2 took themselves off to Trailffest again this year. It sounds like a hippy retreat where Darren Maggs hugs trees and Claire makes Nettle soup while they sing Kumbaya. Turns out it is actually a point to point half marathon through the Welsh countryside involving a steam train.

Anthony Dutton makes his first appearance on the Brueton top 3 with K&D next to his name as he was third man home. Gareth Wainwright continued his strong build up to New York Marathon with a 17:32 followed by Paul Williams in 19:38. Anthony rounded out the top three, taking all three men under 20 minutes with a 19:38 run.

Jude Mansfield showed that 22 days of pushups had helped her core with a 25:26 run that made her first K&D lady home on Saturday. Karen Stapley wasn’t far behind in 25:29, while Kerry Whitehill rounded our the top three in 26:31.

Brian Corr ran 22:50 up in Nottingham at Forest Rec. Any excuse to wear green tights, Brian claims it was to honour Robin Hood.

Simon Battson clocked 23:06 over at the lake-tastic Kingsbury Water park. No news on his involvement in this weeks big breaking news: The Gnome Massacre

Up in Donny, home of Brian Blessed, Kay Adenipekun ran 24:34. A big PB in the same way Brian Blessed has a big ol’booming voice.