Stand-In Captain Tim Price carries more facial hair with a five-o’clock shadow than the entire Loughborough and Birmingham Uni XC Teams combined. Meanwhile we twice had to stop Rich Drakeley stealing kid’s lunch money and both Joe Read and Dan Ribiero were asked which of the rest of the team were their Dad’s.

Somehow we have found ourselves in Division One of the B’ham & District XC League. Competing against the likes of the countries’ top sports universities. Aside from such youthful opposition in our division are the likes of minnows such as… Birchfield Harriers, Tipton Harriers, City of Stoke AC, Cheltenham AC and Coventry Godiva. Club’s who regularly make themselves at home on a national stage.

With the going under foot unusually firm the men quickly realised that what the kids lack in pension plans they make up for in quickness.

The men finished in the following order:

‘Fabulous effort and terrific turnout. Really tough competition, great to see some new faces taking part. Encourage as many people as possible to take part in the remaining races and if we can maintain the high standards no reason why we can’t stay up which would be a huge achievement.’ 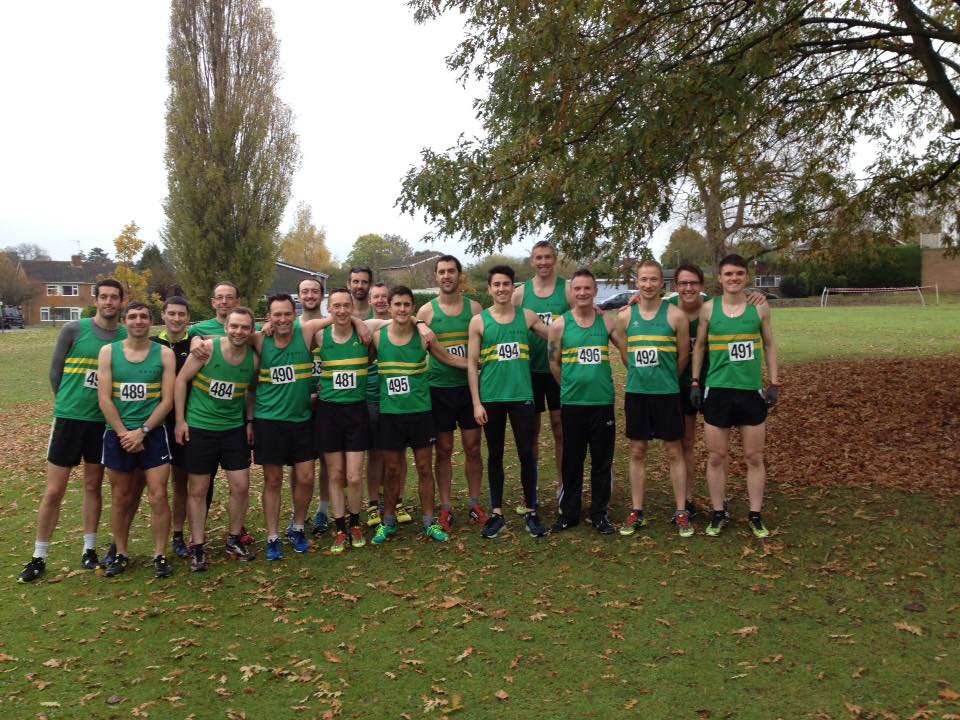 Results for the Women at Leamington Spa are still awaiting confirmation. We’ll bring them to you as soon as we can.