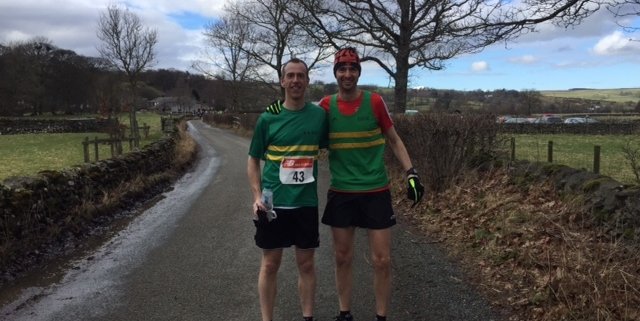 The line between the brave and the foolhardy is one that is often only faintly drawn. With heavy rains and ice-cold winds covering most of Warwickshire and Solihull on Sunday it was those hardy souls who ventured out for the Warwick Half Marathon or Centurions GP Series.

With Coventry moving back in the calendar the Warwick Half has become the first major local half of the year; perfect positioned for those looking to see how their winter training has treated them. Unfortunately awful conditions made quick times significantly more challenging for the runners. Nevertheless those running good times here can be safe in the knowledge that with better weather will come better times. K&D had a number of runner out.

Results haven’t yet appeared with club names attached so if you ran and I haven’t spotted your name in the results please do let me know in the comments below or on the facebook post and i’ll update the report.

Results can be found here:

Although they told everyone else it was beautiful scenery and hilly all round.

Actually judging by the photo they provided Haweswater Half appears to be fantastic countryside for running. Not sure about the oiks in the picture though. They look like a couple of the local youth’s out to cause mischief by tipping cows and dipping sheep.

No puns about the name of Haweswater Half though; it’s too easy to get yourself into trouble with a name like that!

With the Centurions GP Series running all through winter you’d expect bad weather but in the four previous races runners have been treated to mild, dry and wind-less conditions. Alas, Sunday put an end to that. Between the weather and Warwick numbers were lower but there was still stong K&D representation. Because we’re well tough. And more than a little daft. Although the rain had stopped by 11am the course was littered with multiple cold, muddy puddles

Full results were as follows:

In marked contrast to Sunday’s deluge Brueton was bathed in a glorious crispe morning for it’s weekly pilgimage of parkrunners. The conditions were perfect for quick times and K&D’s men took up three of the four of the first six places. Joe Read led the way in 16:30 followed by Gareth Wainwright in 17:11 and Darren John, who lowered his PB again, in 17:15. Chris Morgan who didn’t scan his barcode followed next in another sub-18 time. Paul Williams officially takes third though with a 19:36 due to Morgan’s inability to remember his barcode.

Ian Naisbit also ran a PB this week for the men. His time of 21:21 being a) very quick, b) aestetically pleasing and c) a nudge closer to that 21 minute barrier. Congrats on the PB Ian!

For the ladies Captain Kathy Bailey led the way impeccably with a 22:36. Siobhan Cotter and Imogen Rowe had a great battle for second and third place.25:51 to 25:55.

Our Swedish correspondent Riina Kusselo ran 21:10. parkrun recently announced they will be having a number of other parkruns beginning in Sweden soon. Going to have to consider a Swedish spot of tourism. Sauna and meatballs anyone?